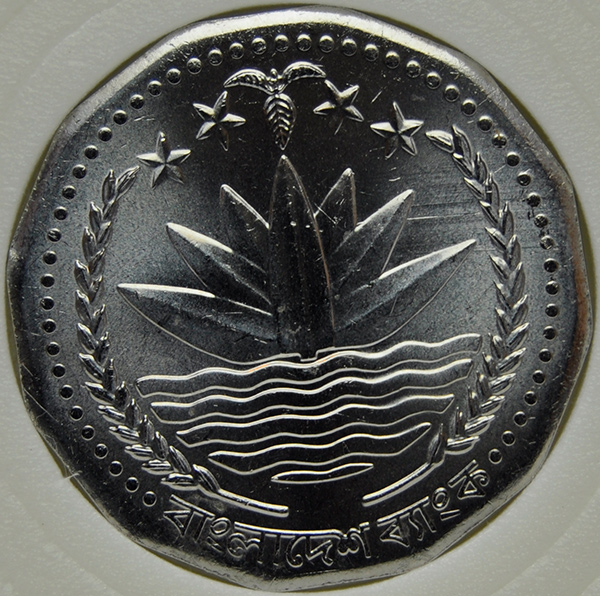 Obverse
The National Emblem of Bangladesh: a water lily bordered on two sides by rice sheaves. Above are a three-leaf clover of tea leaves and four stars representing the four principles of the first constitution of Bangladesh in 1972: nationalism, secularism, socialism, and democracy.

Reverse
In top name of the Bridge is written in Bangla. In middle there is picture of Jamuna Multi-purpose Bridge which is currently known as Bangabandhu Bridge. Its length is 5.63 km over the river Padma which is currently 6th longest bridge in South Asia. In bottom year of issue, value of the coin is written in figure and in words both in English & Bangla.