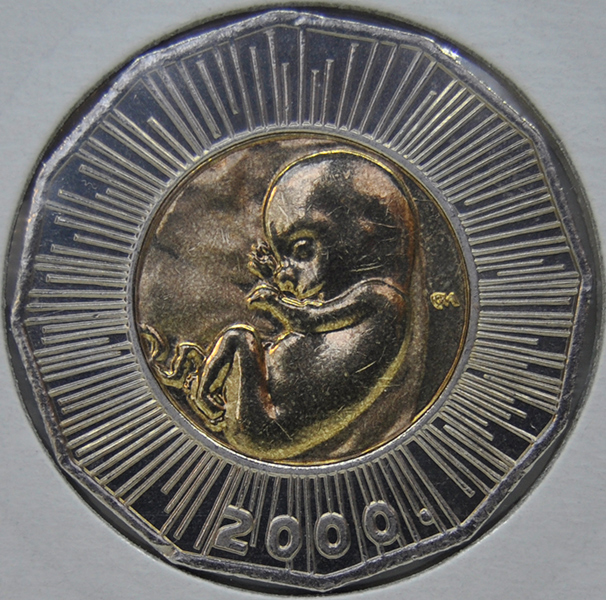 Obverse
In the Brass center, it is shown a fetus as a universal symbol of a human life which is a main thing of a ending millennium and a start of a new millennium which is symbolized with a many rays in a ring. In the lower part of a ring is placed the year of minting 2000. and on the right side of a Brass ring is placed signature of a engraver (DM).
Lettering:
DM
2000.
Engraver: Damir Mataušić