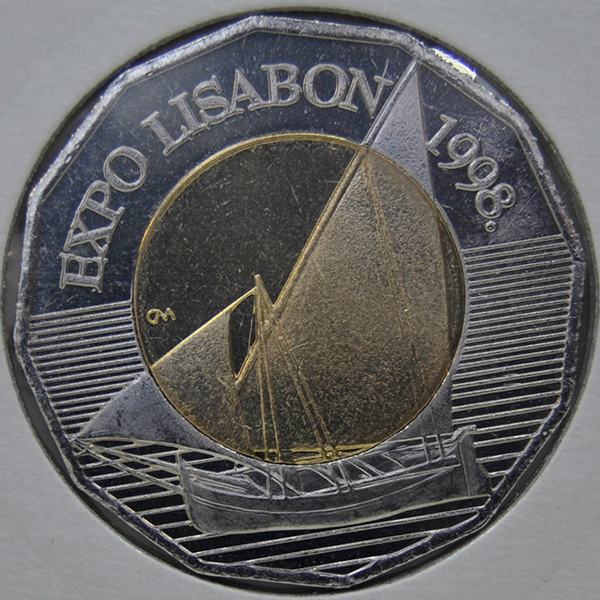 Obverse
In the central part is shown a model of an ancient Croatian ship called “Falkusa” used in 11th and 12th century. There are many lines in a ring that symbolise sea surface. In the upper half of a ring, it is written “EXPO LISABON 1998.”. On the left side of a Brass center, it is written the signature of a engraver (DM).
Lettering:
EXPO LISABON 1998.
DM
Engraver: Damir Mataušić