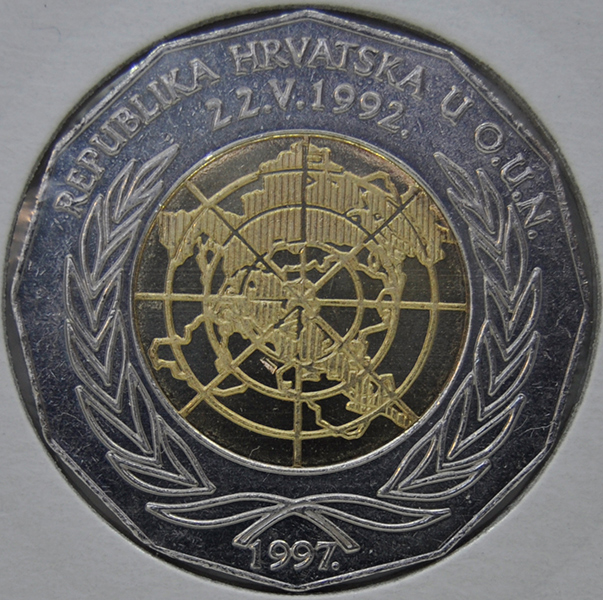 Commemorative issue
5th Anniversary of Croatia being a member in U.N.